EXCURSION THAT WAS, IS AND SHALL BE FOR TEAM WILLFREIGHT EXPRESS CARGO SERVICES TECHNICAL TEAM.

Home News EXCURSION THAT WAS, IS AND SHALL BE FOR TEAM WILLFREIGHT EXPRESS CARGO SERVICES TECHNICAL TEAM. 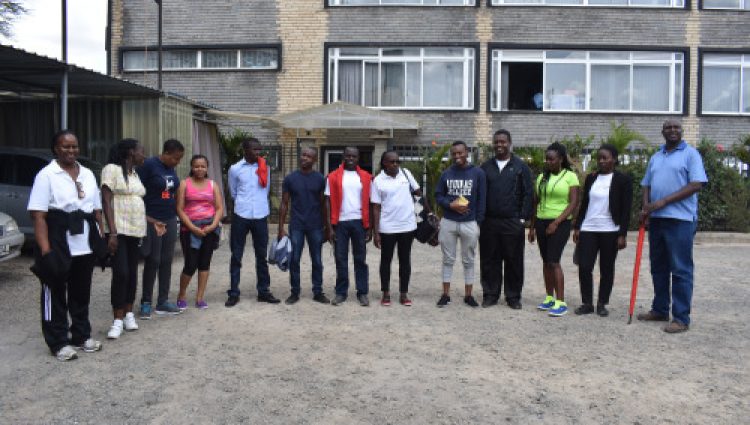 After several months of due diligence at work, Willfreight Express Cargo Services’ management team settled on an excursion to Ngong’ hills on September 28 2018 with the sole objectives being; breaking monotony, enjoying the breeze and refreshing air of the hills, stretching and most importantly bonding with one another.

The team set off for the task at about one in the afternoon and arrived at Ngong’ Hills shortly after 2.00 pm. Everyone looked excited and prepared to explore the hilly hinterland of Kajiado County.

Before commencing the planned activities for the day, everyone took their packed meals in a bid to amass the requisite strength which was essential for the demanding task that laid before them.

Going uphill was taxing due to the steep slopes. The afternoon winds that swept through the hills were too strong and carried in the dust particles. Those who were climbing the hills for the first time were mesmerized by the strength of the prowling winds which seemed determined to sway them about. The most terrified bunch had to clasp their hands firmly together to defy the might of the powerful winds which whirled about the gigantic KENGEN wind turbines as though they were light chicken feathers.

After enduring climbing the first of the seven hills just a bunch of the group still had reserved strength enough to endure the steepness of the second hill. The robust fellows gave the second hill a shot as the others descended downhill to wait at where the company vans were parked.

The ‘winning team’ as they dubbed themselves was very cheerful about being the only ones with the stamina to stomach the intensity of the uphill task. Since time had become a constraint and the activity required ample time to complete, it was very cold and security was also of the essence since the hills were bordered by thick forests, the group had to forfeit further hiking and call it a day.

The objectives of the short trip were however met as conversations on various encounters were exchanged heartily among the obviously worn out people who had to resort to reclining their seats in the van to allocate more room for repose to soothe their aching muscles as the van cut through the night dropping each person at his preferred location.

The trip was a success and the following week everyone was rejuvenated and refreshed and they fulfilled their duties intending to give even better services to the customers.

GROWTH AND SUPPLY CHAIN IN THE AEROSPACE LOGISTICS INDUSTRY

A PICTURE SPEAKS A THOUSAND WORDS

What Makes a Freight Partner Better?

This site uses Akismet to reduce spam. Learn how your comment data is processed.