THE PRINCIPLE OF CARING FOR GOD’S CREATION

In a bid to extend our support to the less fortunate in the society, Willfreight Express Cargo personnel came up with the idea of offering scholarships, dry foods/snacks and toiletry to Children’s Homes within Nairobi County every Monday morning. The choice of the Children’s Homes was determined by:

After a quick survey around the city by the Marketing team, the following Children’s Homes were identified:

So far, we have shared dry foods and snacks in all the five children’s Homes and are glad to also have a scholarship beneficiary from Nageya Children’s Home (Nancy Awuor Ogola – now admitted at KMTC Bondo Campus). Keya, an orphan from Light and Hope for Children with Disabilities has benefited by receiving a pair of crutches from Willfreight Express Cargo Services.

Willfreight Express Cargo Services is anticipating to continuously support the society around it and the world at large in varied ways. We thank everyone for the support accorded to us over the years. 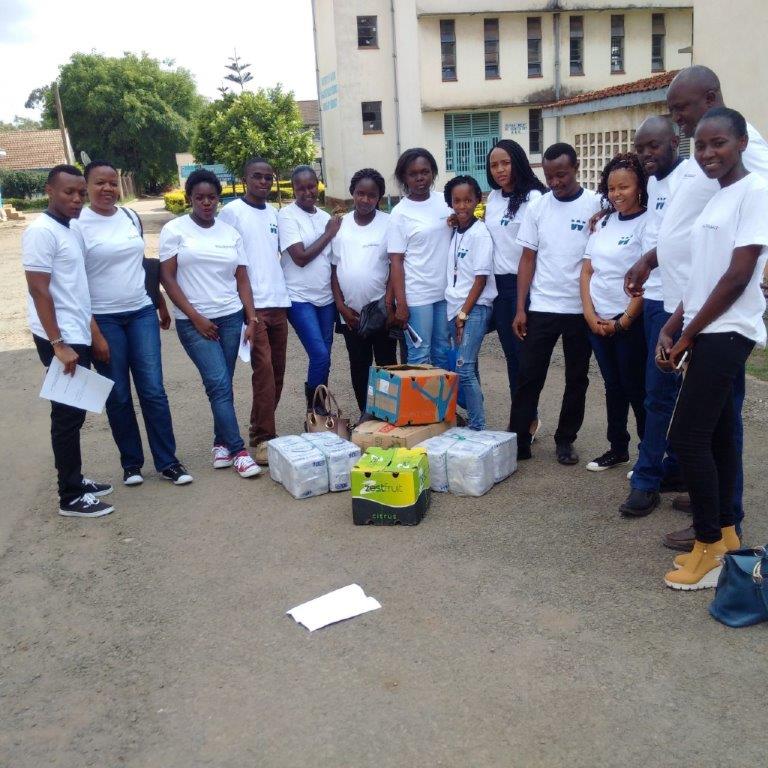 In 2017, a team composed of Willfreight Express Cargo Services’ personnel visited the Kenyatta National Hospital (KNH) to care for the sick as well as extend a hand to them by donating essential items such as fruits, diapers, and toiletries.

Upon arrival at the hospital on a Saturday afternoon, the team was warmly received by the head nurse who after briefing the team led everyone to the Children’s section; cancer wing.

The team slowly walked behind her enchanted with the gist of fulfilling our mission which required us to give back to society.

Some members of the team were first-timers in this section of the hospital and you could read the gloom that was written all over their faces. A few people had the notion that cancer was a disease of the elder but there they were, meeting children below 10 years including infants who were hospitalized due to cancer-related illnesses.

Each person had to fight his fear as we had to give hope to the sick. We grouped ourselves in twos to spend the least possible time in each ward and also a way of giving each child the maximum possible attention.

The children met us with utter excitement. Some of them were frolicking about. You could not tell whether they were ill or not.

They were in the company of their guardians; all of whom were generous enough to recount to us the condition of their children; Leukemia, Sarcoma, Hodgkin’s Lymphoma, Neuroblastoma tumor, just to name a few. We shared with the children the items we had in store for them as their guardians narrated to us their ordeal.

They shared the challenges they faced both at home and in the hospital; notably, financial crisis since cancer treatment cased a huge financial depression to them and they needed to attend to other important aspects in their life as well.

We were given a list of the essentials their children needed some of which include patient stretchers, wheelchairs, crutches, mosquito nets, medicine, and financial aid. We agreed to meet these needs on our next call to the hospital.

Before the team left, the patients together with the hospital staff heartily thanked Willfreight Express Cargo Services’ staff for the support accorded to them and they asked us to pay such visits regularly as the encounter with us made them feel at home.

THE STORY OF JACK OTIENO OWUOR

Every year Willfreight Express Cargo Services does donations to the less fortunate in the society. This year we have picked on Jack who is an orphan enrolled in Nageya Children’s Home, a Community Based Organization located at Mathare 4A slums in Nairobi County.

However, in the process of preparing Jack Awour’s documents to go back to study, he was lucky to get a full scholarship program to study in Los Angeles. WECS however did not end the journey there as there are many children in need at Nageya Children’s home. We came across an orphan young girl by the name Nancy Awour, whose story shall be highlighted in the next edition. Willfeight Express Cargo Services wishes Jack Awour’s success in his academic journey and life afterward.

Young Jack was picked up from the streets in 2009 by a sympathizer, Mr. Peter Lango (also in charge of the CBO) who saw the potential in him and was very determined to save him from the atrocities of the streets.

He opened up to us about his sad background. He confessed that he has a young sister and both his parents could not be duly responsible for them as they had a problem with addiction. He was later taken in by his aunt who lived in Nakuru.

After some time of living together, the aunt proved irresponsible as she could not handle herself due to traumatic experiences from her previous relationships.

Jack was determined to go back home after he could not take it anymore from his aunt. In the process of leaving, his mother, unfortunately, passed away. This was in the year 2005. He was a very young boy and only in second grade.

The streets eventually became Jack’s new home and he had nowhere else to find decent food and shelter. His aunt could not invite him back since his newfound husband would not accept male children who are from outside their new marriage. His sister stayed back at his aunt’s place but she later dropped out of school as she was expectant. She now works as a house help.

Life in the streets pushed Jack into abusing drugs and engaging in criminal activities together with his newfound friends.At one time he almost got shot when the flying squad branch of the police learned that he and his friends were ferrying illegal firearms and crude weapons. Some of his friends lost their lives during raids by the police.

Jack was lucky since he got rescued while in his hideout by Mr. Peter Lango who gave him a chance to start life anew in Nageya Children’s Home.

Mr. Peter Lango made sure Jack was enrolled in Nageya Primary School the same year in Standard six.

Jack passed his Kenya Certificate of Primary School exams with flying colors and managed to secure a chance at a local Secondary School.

After completing his studies in high school, he had the passion of pursuing a course in Mass Communication and he got the opportunity to study at The University of Nairobi (UON).

Before joining university, he did menial jobs to raise some money for his school fees. He managed to save Ksh. 20,000 for a start with the hope of getting sponsorships from willing parties.

This however did not go as he had wished forcing him to defer his studies until when he will be able to raise enough funds to enable him to pursue his dreams.

Jack wishes to be a trained journalist as well as giving back to the society as a way of appreciation for the support granted to him. 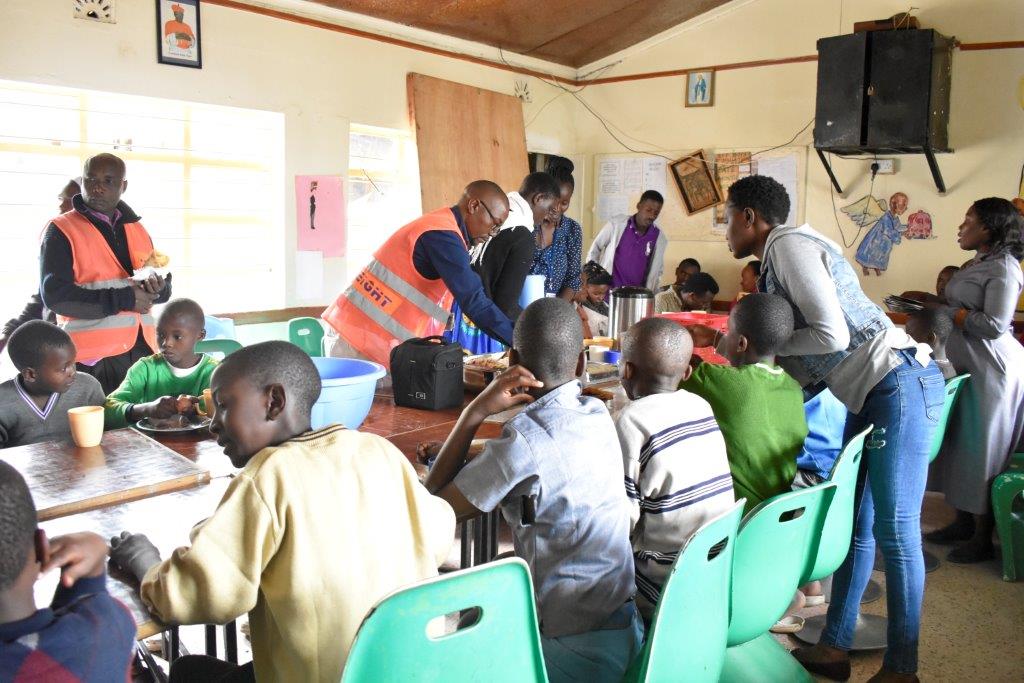 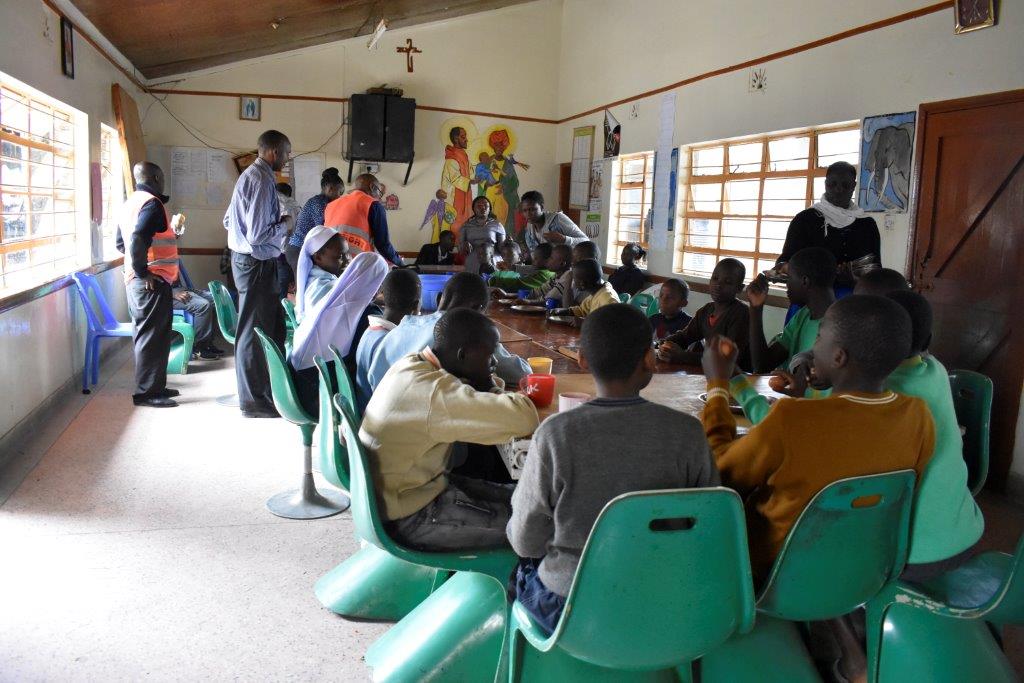 My name is Nancy Awuor Ogola, the only child and daughter of the late Mr. and Mrs. Ogola. May their souls rest in eternal peace.

My late mum was a very hardworking vegetable vendor before she met her sunset. She did this kind of hustle to support my dad who was a chronic alcoholic and had no job.

I lost my dad in the year 2006 due to alcohol. My mum later passed on the following year, 2007, during the post-election violence. She was attacked by the Mungiki gang on her way back home from the Gikomba market.

Never in my life had I envisaged being an orphan or living in a Children’s Home. These were realities I had to live with. Mr. Peter Lango of Nageya Children’s Home took me in after listening to my sad story and offered to assist me to move on with life.

I have been living and studying while at Nageya Children’s Home until today and by God’s grace, I was able to complete my primary and high school examinations with the support I received from the Children’s Home.

After completing my high school studies, I was unable to join a University due to lack of school fees and with the intervention of Mr. Lango, I joined a Vocational training school to train as a tailor.

I am glad that after several attempts applying for a chance at a college, I finally got a chance to join Kenya Medical Training College (KMTC), Bondo Campus.

I believe there is light at the end of the tunnel and I would like to appreciate Willfreight Express Cargo Services for supporting me by offering to pay for my college fees.